After launching the site e-dama.net, we invite our friends, draughts players to join us in correspondence play. Some responded to our call, some did not. The most common reason for not playing was that the players do not want to participate in competitions in which players may use computers for playing the game. That is, the reason can be reduced to a sentence: "I do not want to play against the computer!" 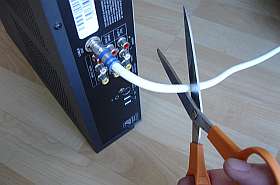 Aware of this problem, we decided to launch a series of tournaments called "Unplugged Tournaments". These are a correspondence tournaments in which players have agreed not to use computers during the game. Of course, we do not in any way control if player is using computer or not - it's a matter of conscience of each individual player.

Technically, the way of playing is the same as in ordinary correspondence games. Only the button "Export to a PDN" will be disabled. Of course, the player can use a computer without this capability, but the goal of removing this feature is primarily to remind players that these are games that are played without aid of computers. The aim of such games is to simulate the traditional way of playing correspondence games, the games in which the analysis is allowed and welcomed. That's why we left the "Analysis" option to be used. The aim of this options is to enable the analysis of moves by moving the pieces around the board - in the same way as it was possible it in the era before computers.

While waiting for the start of the first correspondence tournament in this series, we would like to hear your opinion on this initiative.